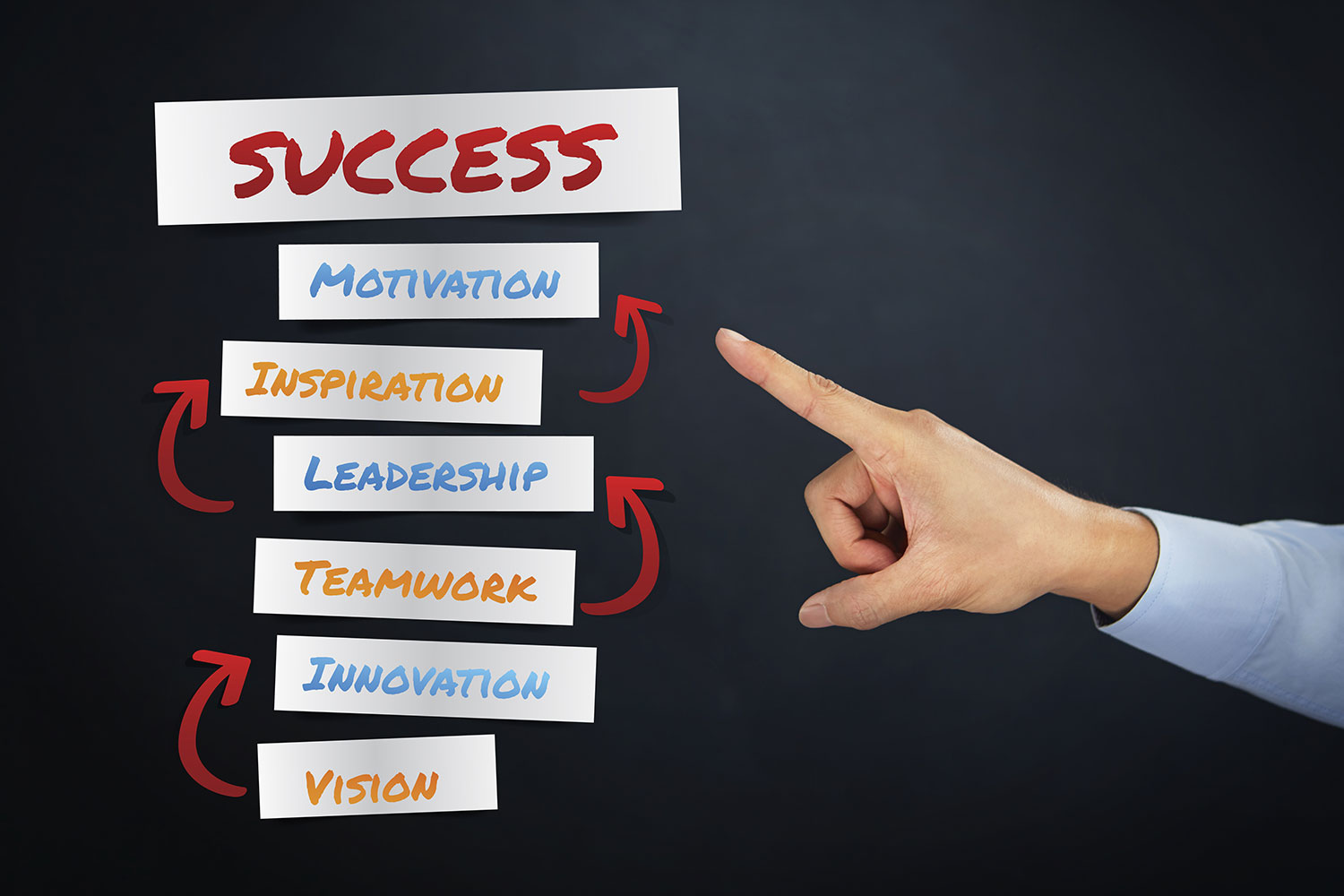 In relation to the operational process, intrinsic motivation is the part of the work motivation that emanates from the employee himself and requires “no” external incentive. It is supported by motives that are important for the employees. It is a behavior of its own sake (David G. Myers 2004, 2008; p.363). This means that the employee has to see a meaning in his or her task and what benefits result from it for him or her or the community. Personal values also play a decisive role. (Friedemann W. Nerdinger, Gerhard Blickle, Niclas Schaper, 2008, 2011, 2014, 2018; Leontjew,1977). Employees with a high intrinsic motivation are an important pillar for every manager. They relieve the manager considerably. The complexity of business processes can no longer be grasped by individuals. A networking of the diverse competencies and perspectives of all employees is therefore inevitably the only sustainable way to meet the resulting requirements. At this point, a company can be compared with an organism, and in the case of cognitive community management, with the brain. In the same way that individual neurons, i.e. brain cells, networked with each other are capable of extraordinary performance, a company can also make use of this effect.

However, intrinsic motivation can quickly be jeopardized by incorrect leadership behavior. A lack of appreciation and authoritarian behaviour quickly cause this benefit to be lost. Once trust has been destroyed, it can only be regained with a great deal of effort. Not to be underestimated is the so-called irritant generalization (David G. Myers, 2004, 2008; p. 346). In this context, this means that if a superior has left “scorched earth” behind, the following manager will have a much harder time, as he or she will also be associated with the behaviour of the predecessor.
Extrinsic motivation, on the other hand, is more likely to be generated, for example, by interventions of the superior or money. It represents behaviour based on promised rewards or threatened punishment (David G. Myers, 2004, 2008; p. 346). It has the major disadvantage that it loses its effect quickly when this external stimulus is removed. What means so much, if the superior is not present or has no access to what is happening, the work performance also decreases again, which is inevitably the case sooner or later, since nobody can be everywhere at the same time.

Money, for example, leads to quick habituation and therefore has only a limited short-term effect. Interest in the task may be correspondingly low and is not the main focus. Particularly critical is the apparent success that goes along with it. Superiors who rely predominantly on extrinsic motivation feel strengthened in their approach, without realising that this is not a sustainable success. Very often, the consequences only become apparent much later. However, they then no longer lead to a link between their actions and the effect that results from them. The results deteriorate and helplessness increases. There are certainly situations where this kind of motivation is justified, but it should be used very sparingly and only when all other possibilities have been exhausted. If necessary, both forms of motivation can also be used. This depends very much on the initial situation.

What does this mean in practice? As already described in my last blog post, it is again useful to be aware of the results of the Pittsburgh Study by Neuberger (1974) and to be especially aware of the influencing factors that lead to dissatisfaction and that enable motivation. As already mentioned, they are either called motivation or hygiene factors. In the case of the motivation factors, aspects such as the responsibility that an employee can assume or the work content itself come into play, to give two more examples. This enables you to draw a bow to intrinsic motivation. Those who can identify with (s)a task will be more satisfied with their work and more motivated. So the question may arise, how can intrinsic motivation be influenced? More on this later.
On the other hand, hygiene factors such as income and cooperation with superiors must be perceived positively to avoid dissatisfaction. It is important to note that this does not yet lead to motivation at all, but merely creates a basis for motivation (Friedemann W. Nerdinger, Gerhard Blickle, Niclas Schaper, 2008, 2011, 2014, 2018, p.467). Consequently, money cannot motivate, but it can demotivate. The attempt to motivate with higher salaries will inevitably fail for this reason.

It is therefore not surprising that intrinsic motivation is associated with a qualitative result and extrinsic motivation with a quantitative result (Friedemann W. Nerdinger, Gerhard Blickle, Niclas Schaper, 2008, 2011, 2014, 2018). Transferred to production, this means that if an employee produces a high number of units due to piecework pay, he will tend to be less attentive to the production equipment, nor will he be focused on the quality of the result. On the one hand, increased wear and tear and plant downtimes, as well as high scrap rates are the consequences and complaints due to bad parts deliveries, on the other hand. For an employee, his profit and the avoidance of sanctions are the main focus. Since quality also includes the target output, an employee with intrinsic motivation will not only try to achieve the required quantities, but also to take into account the framework conditions that are important for the fulfilment of the task; in other words, he or she will provide high-quality work management.
Now more to the question what can actually be done to influence intrinsic motivation? First of all, one could assume that intrinsic motivation lies with the employee and cannot be influenced by the manager. Without a doubt, the employee has the greater share here. Not every employee wants to be actively involved and maybe only wants to earn his money. The number of employees who carry out less complex tasks will tend to be higher than those who carry out more demanding tasks.
Nevertheless, intrinsic motivation can be positively influenced by making the task and the scope for decision-making correspondingly attractive. The manager therefore has the opportunity to actively influence this. If an employee is involved in the task design in a constructive and appreciative manner, this creates a feeling of self-determination, which in turn has a positive effect on the feeling of stress and job satisfaction. The employee must be with the thing and not with the money. In most cases, this ensures a self-energising motivation.

On the other hand, simply working off specifications is counterproductive and will cause the opposite of intrinsic motivation. It is therefore important to be careful not to work too much with targets. A task must be designed as exciting as possible and offer the employee the opportunity to be part of the whole.

In general, the manager has many possibilities to influence the intrinsic motivation.

To round it off, here is an example:
An employee is assigned the task of setting up a new warehouse.

For this purpose, he is enabled to carry out the task with decision-making leeway in regular coordination and in compliance with previously defined framework conditions, instead of having to follow instructions and extensive specifications of the superior.

By setting the goal of having a warehouse where all parts can be found quickly and easily to ensure a reliable supply for production, the probability of finding better solutions is much higher. Nevertheless, there is always the possibility for the manager to intervene and take countermeasures if necessary. A positive side effect is that the employee will always identify with the warehouse and the system. Without officially naming it, the employee will sponsor and keep the warehouse running independently. In order to ensure this identification for production facilities, the naming of godparents has long been common practice in Lean Management.
Although I have been working in this way for many years, I myself am always surprised by the effect of this actually simple approach! The positive feedback it gives me is what I call a “second salary”.
So one day on the same day two employees approached me independently of each other, with almost identical words, and said: “I am living my dream here”.
So the result was a high level of motivation, combined with good solutions that the employees had worked out and also implemented completely independently.
As this was high-quality work, the error rate was correspondingly low.
In the end it can be said that intrinsic motivation as a management tool should be preferred. However, it should not be possible without extrinsic motivation. Not every employee is keen to work independently. So there is always a part that cannot be motivated to perform in this way and needs appropriate guidelines. However, since only results should be remunerated and a company can only exist through results and not through presence, extrinsic motivation is also justified at this point. As so often, it depends on a healthy relationship.